A master of Champagne

'A champagne is incomplete without its story'

Who is Richard Juhlin

THE CHAMPAGNE EXPERT Richard Juhlin is the world’s number one champagne expert, most famous for his skills in blind tasting. Since 1998 he has held the world record for most champagne ever tasted, having tasted more than 13,000+ different unique champagnes in his lifetime.

AWARDS & ACCOLADES In 2013 Juhlin was awarded the Légion d’honneur by the former French President François Hollande. His additional awards include the Chevalier d’Arc in 1997 and the Mérite agricole from the French Ministry of Agriculture in 2002, and in 2003 at the annual Spectacle du Monde tasting in Paris he correctly identified 43 out of 50 champagnes. Juhlin is also credited with arranging one of the greatest champagne tastings ever held, a 1999 Stockholm Millenium tasting event spotlighting 150 of the best champagnes ever made. In 2021 Richard Juhlin got the coronation as ‘Wine Author of the Year’, which pays tribut ett a completely unique author as a wine writer. At the International World Cuisine Week inn Paris, Richard was the outstanding wine book author star of the year with ‘Champagne Magnum Opus’.

THE BOOKS Juhlin is the author of nine books, including Champagne Magnum Opus, Champagne Hiking, The Great Tasting and 3,000 Champagnes, all four of which received the prize for ‘Best Book on French Wines in the World’ at the Gourmand World Cookbook Awards. Another release, 4,000 Champagnes, received an important prize – ‘The International Champagne Writer of the Year Award’ in 2005 at The Louis Roederer International Wine Writers’ Awards at Vinexpo in 2005.

’Champagne Hiking is an invitation to enjoy discovering new spaces, a journey that will take you to new places, further afield, higher, deeper, stronger, right to the beating heart of Champagne, within each one of you. The sensations created through the tasting are liberated and amplified, through a new relationship with nature. This is the ultimate Champagne experience, going full circle, from nature to nature. For an emotion, a revelation to yourself: become a humble element of nature, be in harmony with nature. Something intimate, intense and memorable, something you will want to share. Such is the magic of Champagne; such is the magic of Richard Juhlin. Thank you to Richard, and please enjoy Champagne Hiking without moderation!’
Richard GeoffroyLegendary Chef de Cave at Dom Perignon 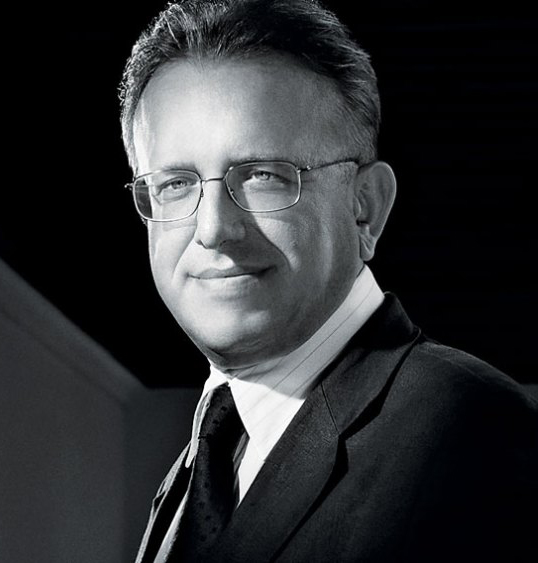 ’By listing more than 10,000 tasting notes of Champagne, Mr. Richard Juhlin has established himself as one of the best connoisseurs of Champagne in the world and one of the most influential promoters of this French know-how (savoir-faire). His outstanding work, carried out with determination for more than 20 years, has contributed significantly to the spread of Champagne in Sweden & the world, but also to the promotion of the Champagne-Ardenne region here. In appointing Richard Juhlin Chevalier of the Legion of Honor, the French authorities wanted to pay tribute to his work of passion and promotion of Champagne’
Francois Hollandeformer French President 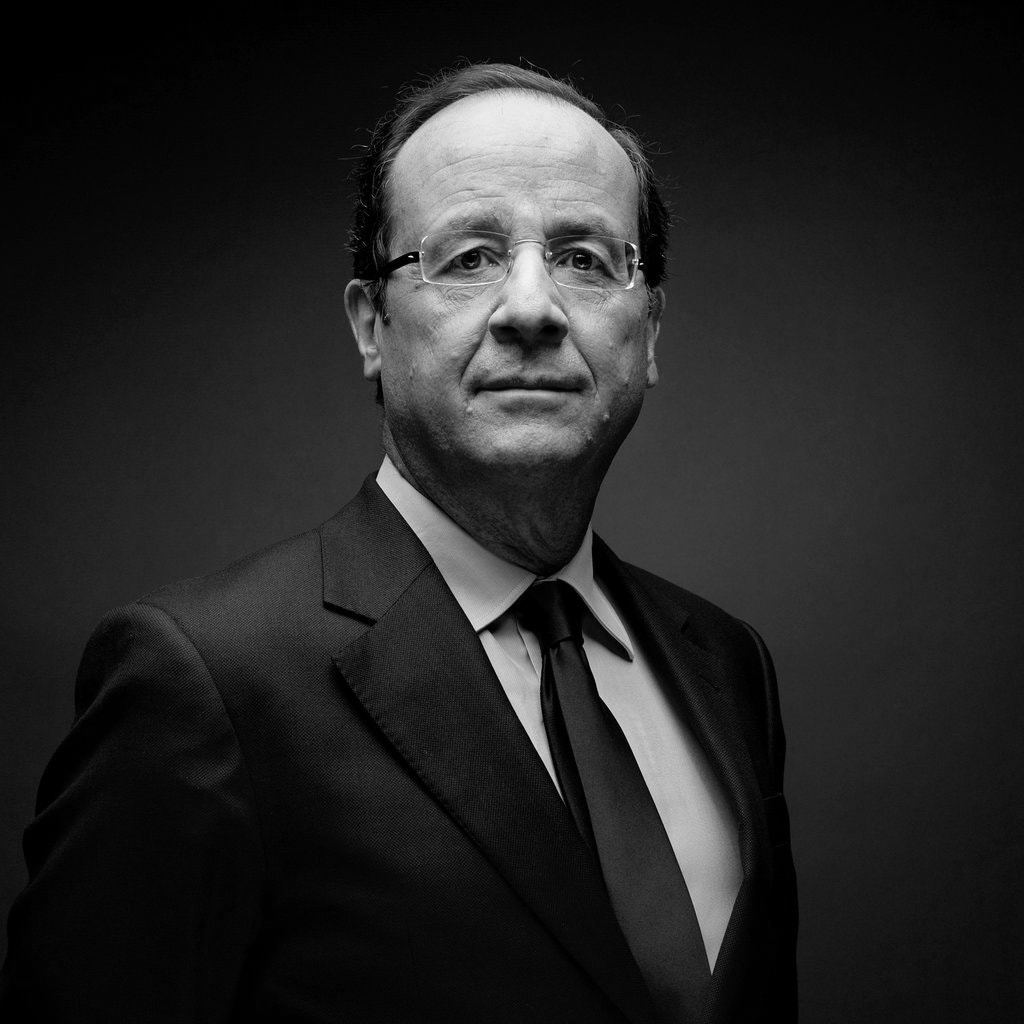 ‘The Mozart and Beethoven of wine today may be Robert Parker and Richard Juhlin. Robert Parker received the highest distinction in France, the Legion of Honor in 1999 from President Chirac. Richard Juhlin received the Legion of Honor from President François Hollande in 2013. As the Emperor of Austria might have said, Beethoven (and Parker) might make more noise, and Mozart (and Juhlin) may have too many notes, but both are beautiful for everyone and changed music (and wine) forever.'
Edouard CointreauCEO - Gourmand World Cookbook Awards 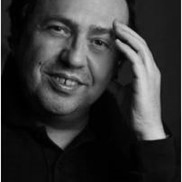 go to the press room 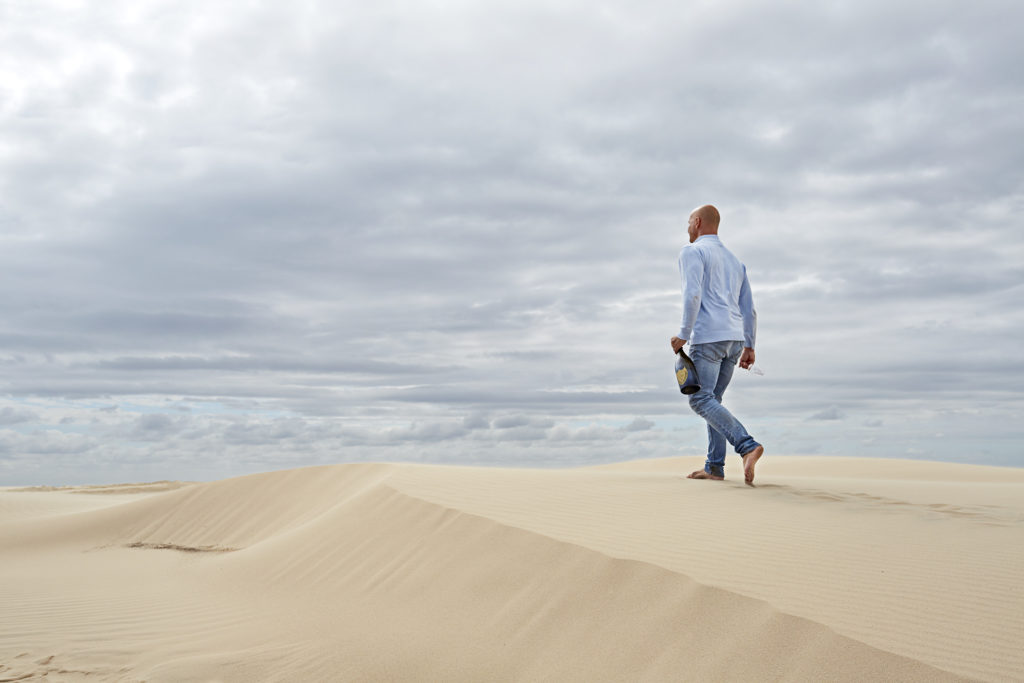 Champagne Club in the press [swe]

Champagne Club in the press [int] 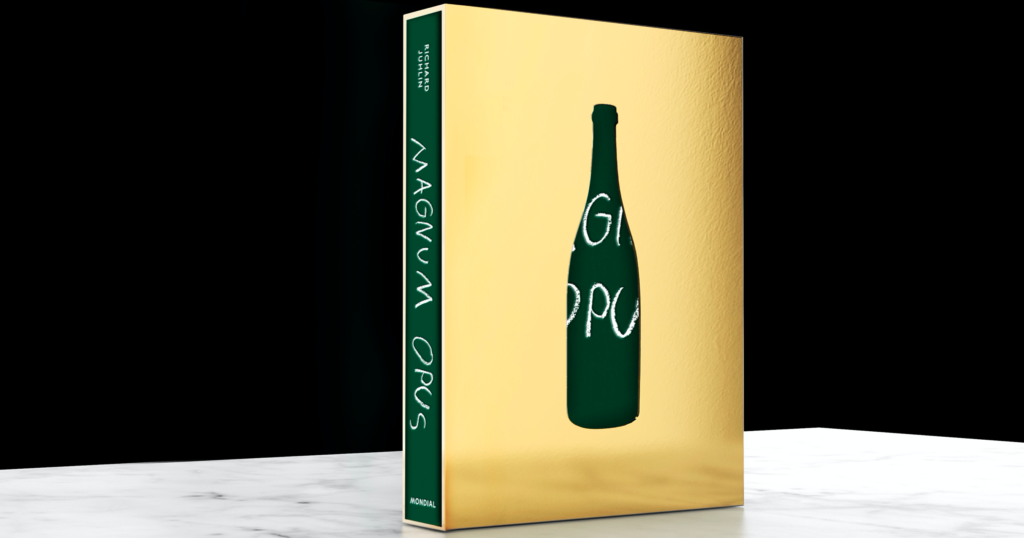 Currently Richard Juhlin is working on his 9th book. In this epic book – an encyclopedic and nerdy book, if You will – Richard Juhlin will take You on a journey to Champagne. The chapters; 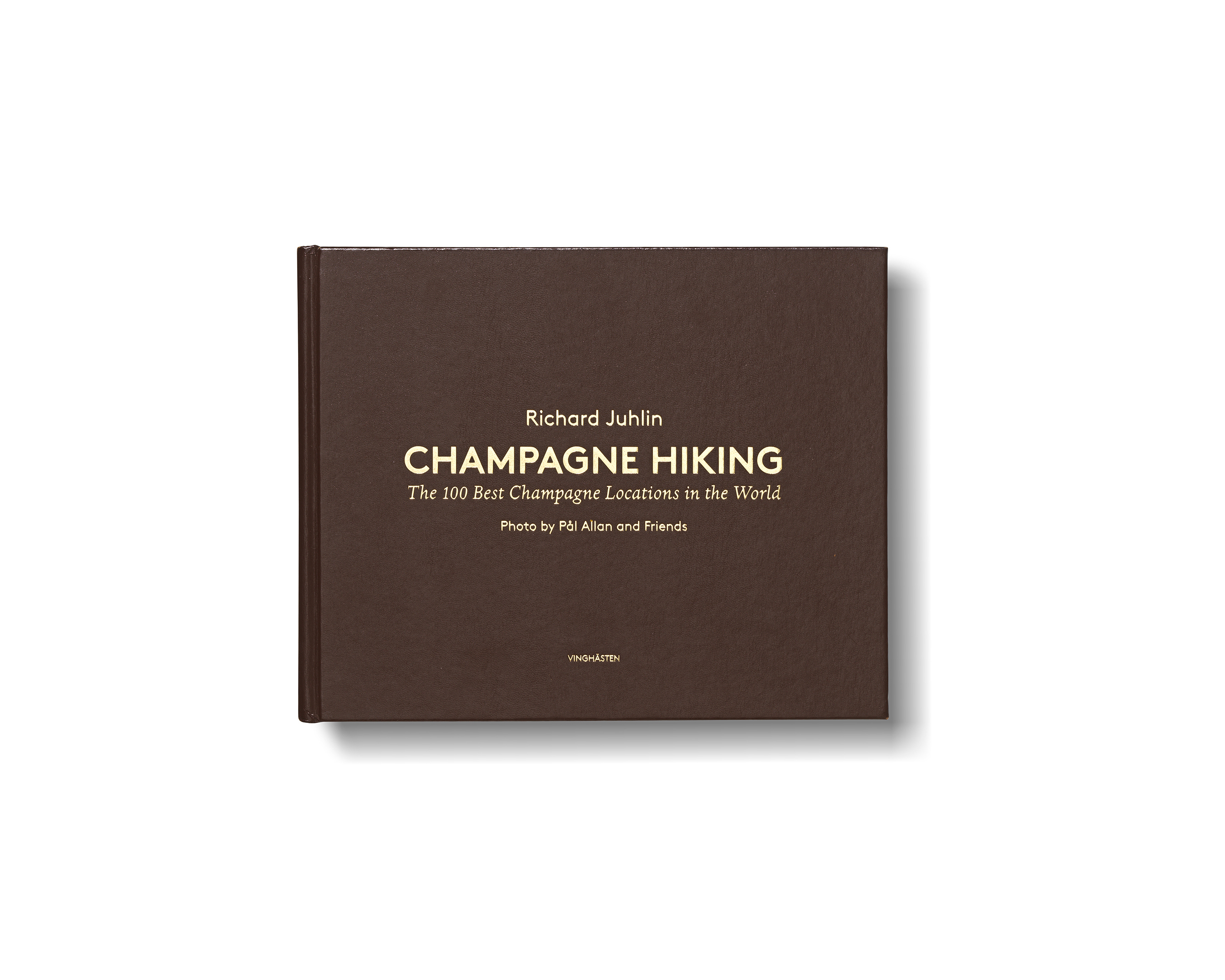 My hunt for new champagne experiences has brought me to the most beautiful and exciting places. My favourite memories are linked to the moments when I enjoyed well selected champagnes in harmony with the beauty of nature. For a long time I have been analyzing why a certain champagne tastes best at a particular time in a particular place. Travelling to optimize champagne experiences is the starting point for this book. I have called this concept CHAMPAGNE HIKING.

Champagne Hiking received the prize ‘Hall of Fame in the wine cathegory’ at the Gourmand World Cookbook Awards in 2018. The photographer Pål Allan also won the price for ’Best Wine Photography’ for this epic master piece. 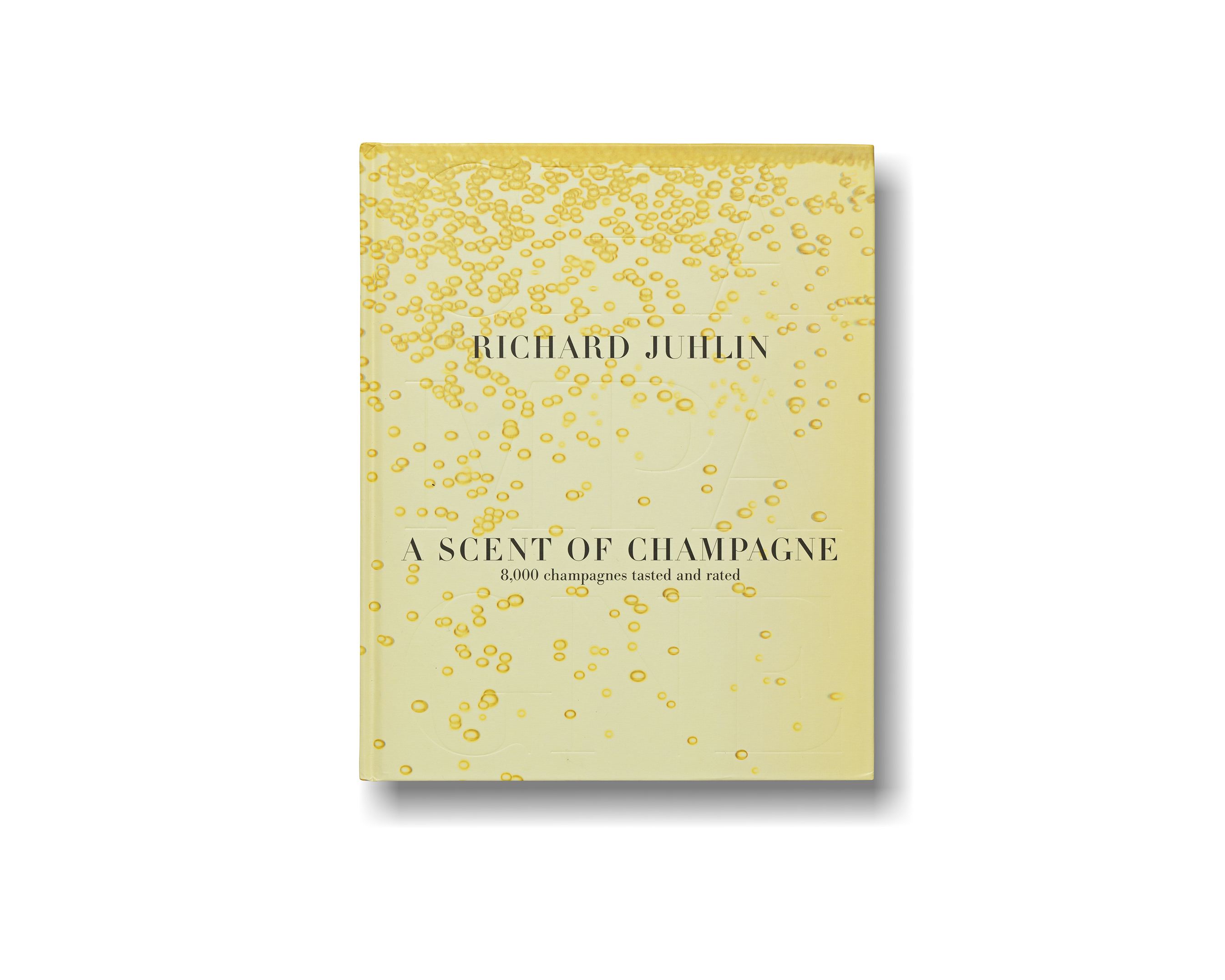 Champagne may be the most misunderstood category of wine in the world, as many labels of sparkling wines bear the name in error. True champagne comes only from the French province of Champagne and contains three specific grape varieties. But figuring out more about the wine can be confusing: what is the difference between cuvee de prestige, blanc de noirs, and rose? What is the best kind of food to pair with champagne? How many different kinds of sweetness are there? What is the best method of storage? Richard Juhlin, the world’s foremost champagne expert, answers these questions and more as he takes the reader on a journey to the geographical area of Champagne and through the history of the drink.

A Scent of Champagne received the prize ‘Hall of Fame in the wine cathegory’ at the Gourmand World Cookbook Awards in 2014. 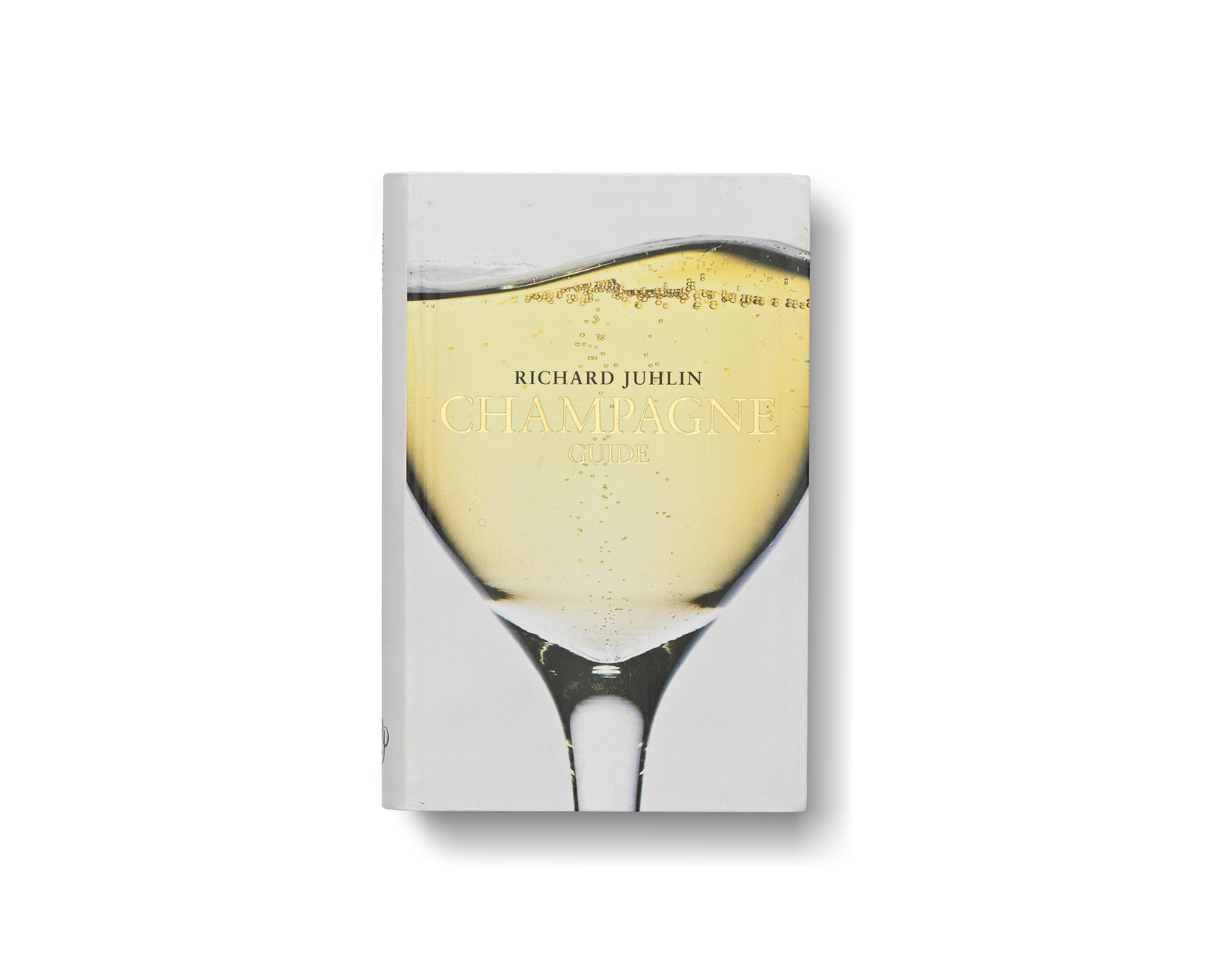 Take Juhlins best selling 4,000 Champagnes, add three years of dedicated tasting and 2,500 more sparkling wines and you have the most current, authoritative and comprehensive Champagne guide on the market. Simple to use, packed with information and loaded with Juhlins engaging style, with this book you can make the most of your stay in Champagne, or your browsing experience in your local wine store.

Champagne Guide received the prize for ‘Best Wine Guide’ at the Gourmand World Cookbook Awards in 2008. 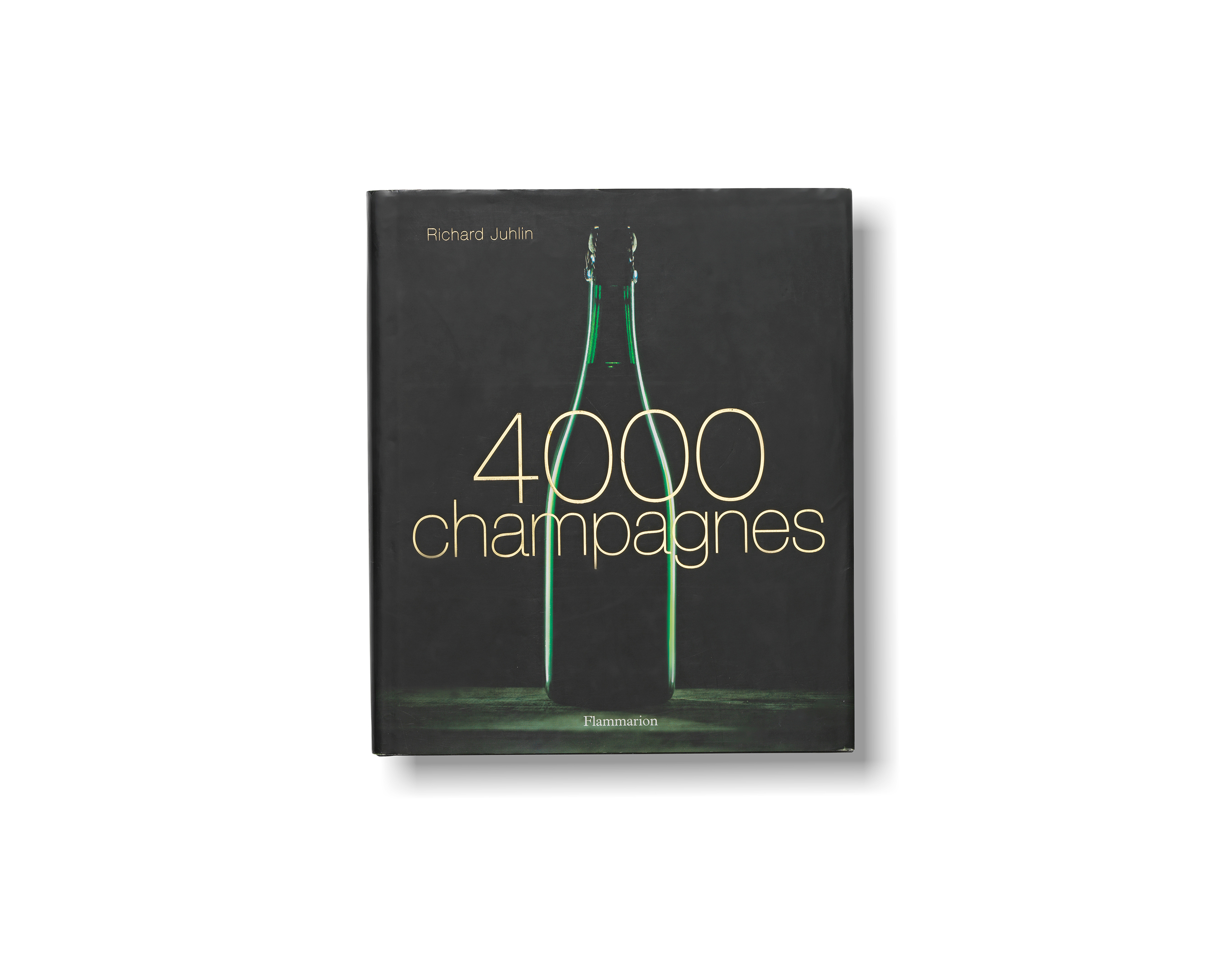 4,000 Champagnes is an open invitation to get to know this wine better. Richard Juhlin writes with authority and passion about the history of the wines of Champagne, methods ancient and modern, growing conditions, food matches, how to read a Champagne label, sparkling wines from around the world, a tour of the towns and villages of the region.The largest and groundbreaking part of the book is made up of over 4,000 tastings in which the author describes each Champagne house and allots a score of 1 to 100 for each of the wine he tasted.

4,000 Champagnes received an important prize – ‘The International Champagne Writer of the Year Award’ in 2005 at The Louis Roederer International Wine Writers’ Awards at Vinexpo in 2005. 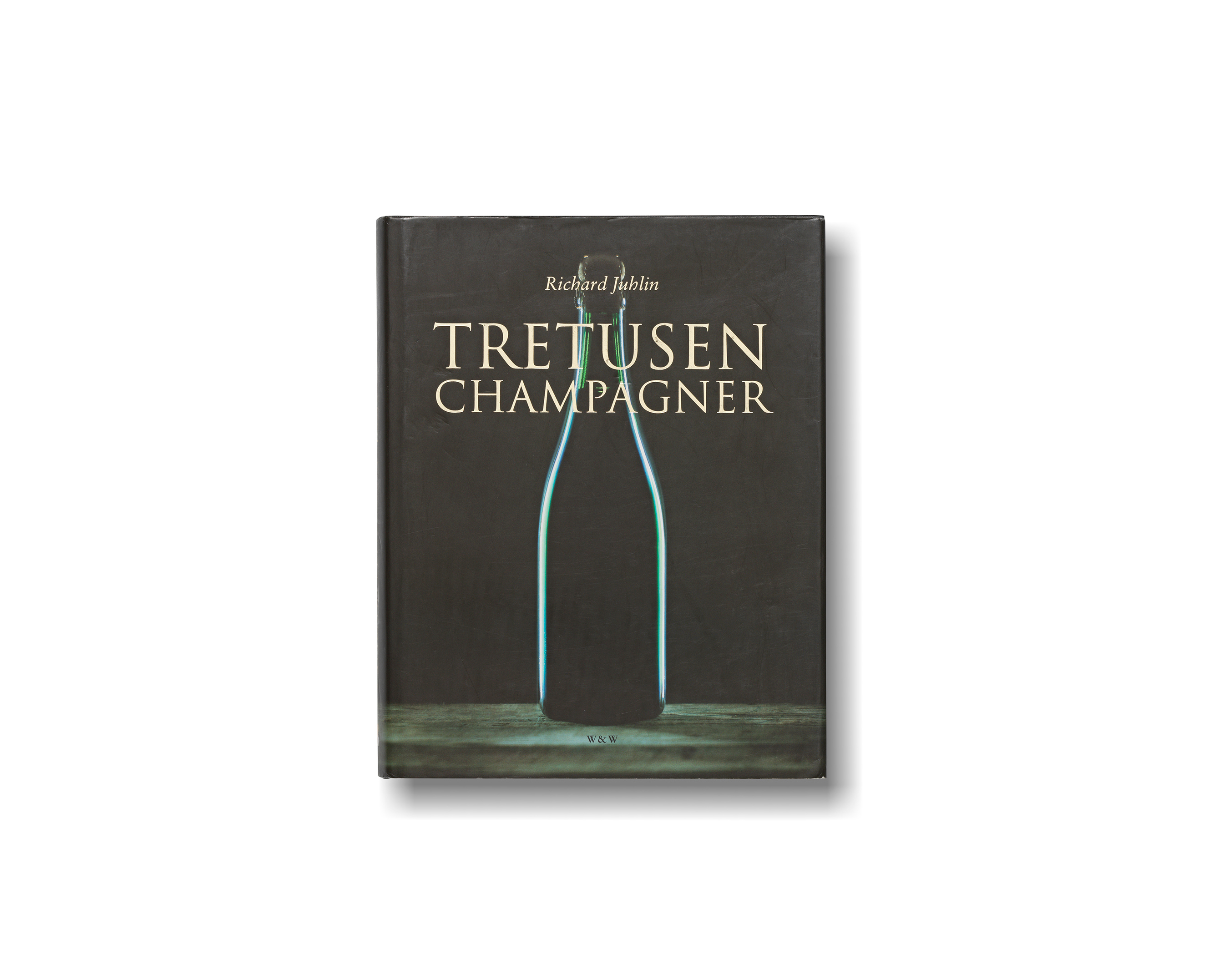 In this magnificent work, the reader gets inspiration and knowledge from Richard Juhlin, one of the world’s authorities on champagne, who assesses and gives a detailed evaluation of 3,000 different champagnes. The book also contains a comprehensive review of the history of bubbling wine and recipes from a number of top restaurants in the Champagne wine district and in Sweden.

3,000 Champagnes received the prize for ‘Best Book on French Wines in the World’ at the Gourmand World Cookbook Awards in 2003. 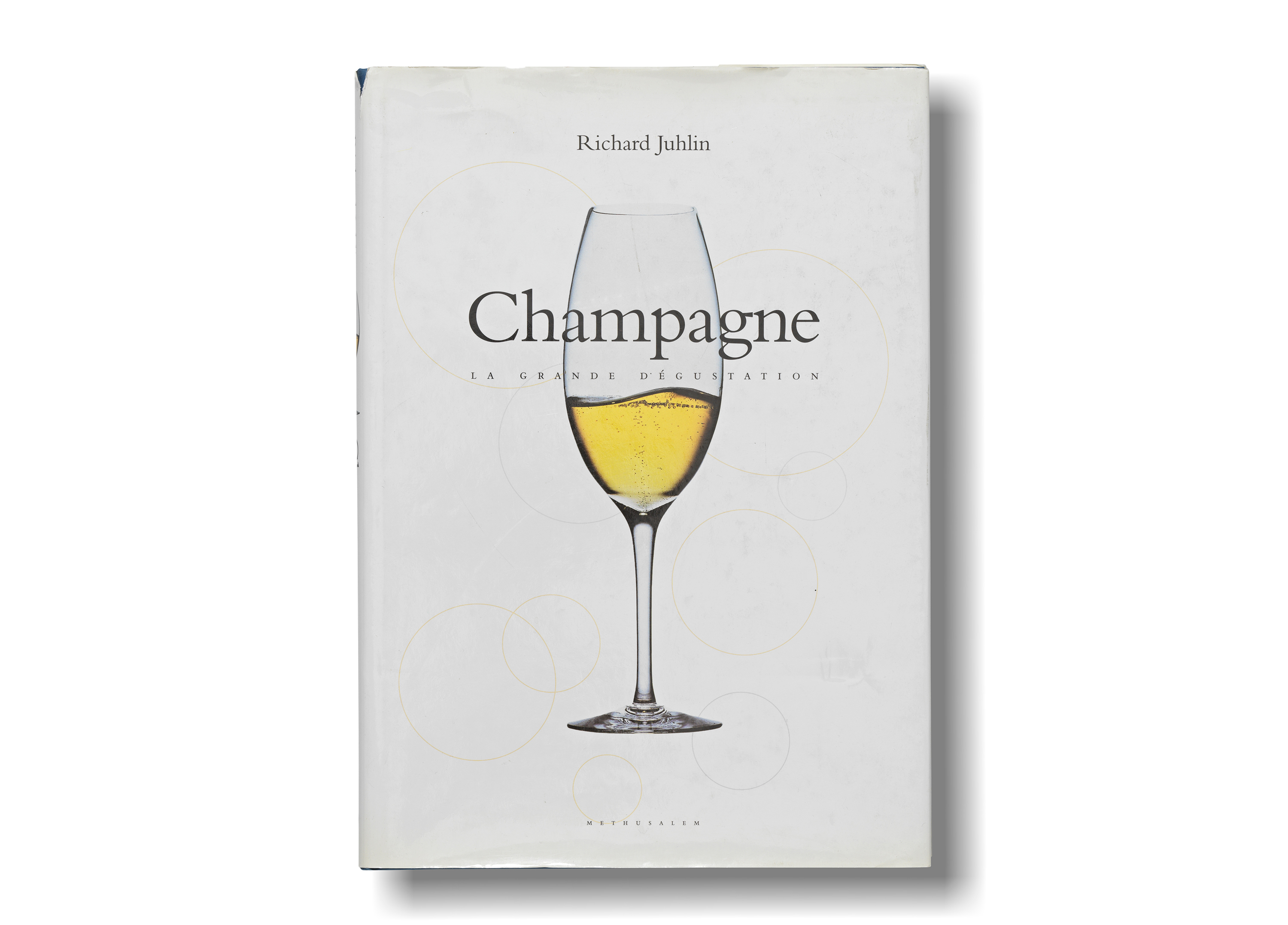 In this dream project Richard Juhlin tells the story behind his dream – tasting the top 100 champagnes of the last millenium.

The Great Tasting received the prize for ‘Best Book on French Wines in the World’ at the Gourmand World Cookbook Awards in 2003. In 2002 Richard Juhlin was knighted Chevalier de Ordre du Mérite Agricole by the French Ministry of Agriculture. 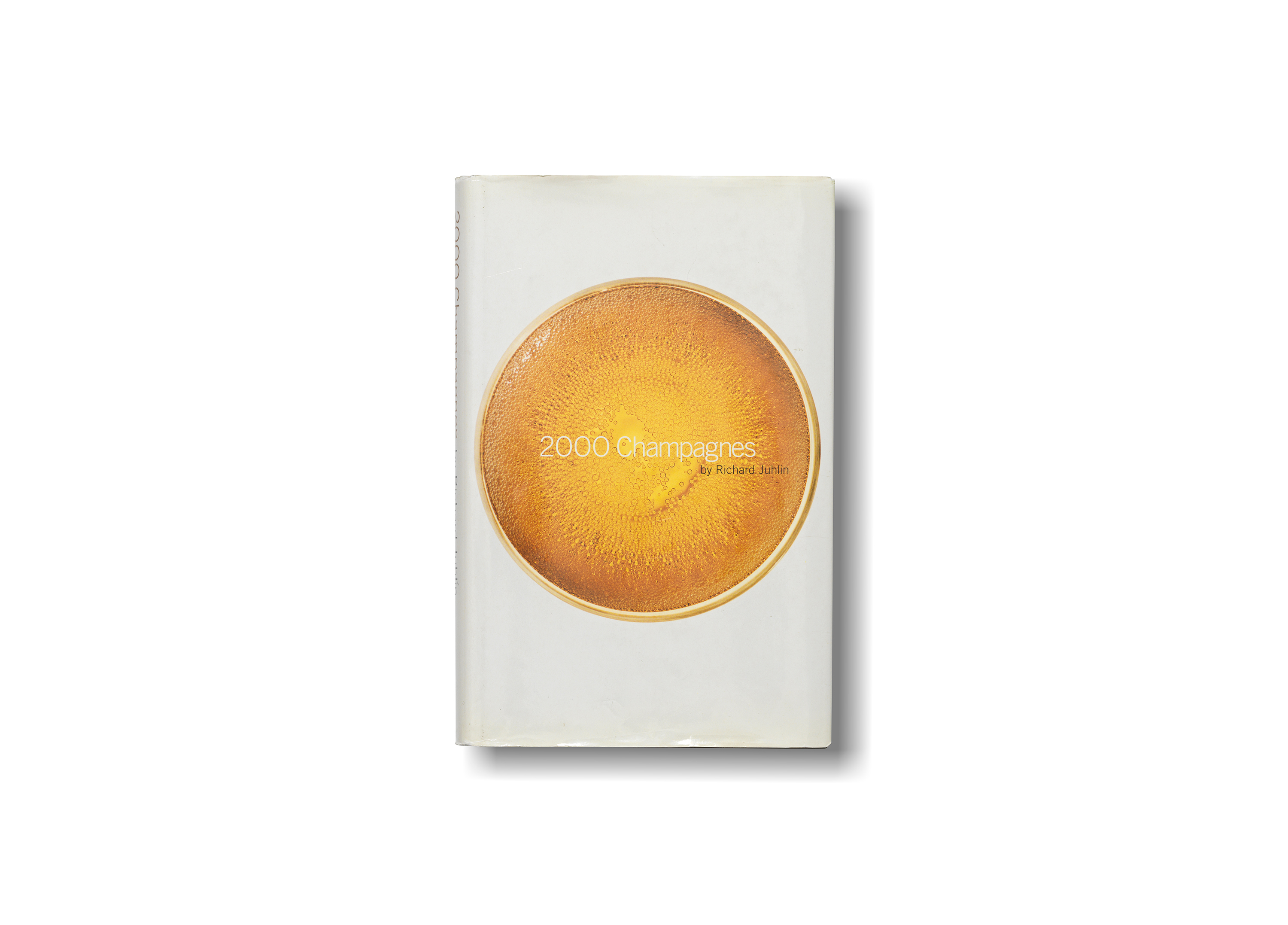 2,000 champagnes to the year 2000 and beyond ! In the first book of its kind, Richard Juhlin explores the history and culture of the world’s greatest wine and systematically tastes and judges 2,000 champagnes. The #1 champagne expert in the world. – Famous for his skills in blind tasting. Richard Juhlin is renowned for his expertise in all things champagne.

2,000 Champagnes received the prize for ’Best Wine Book of the year’ in 2000 & ‘Best Book on French Wines in the World’ 2001 at the Gourmand World Cookbook Awards. 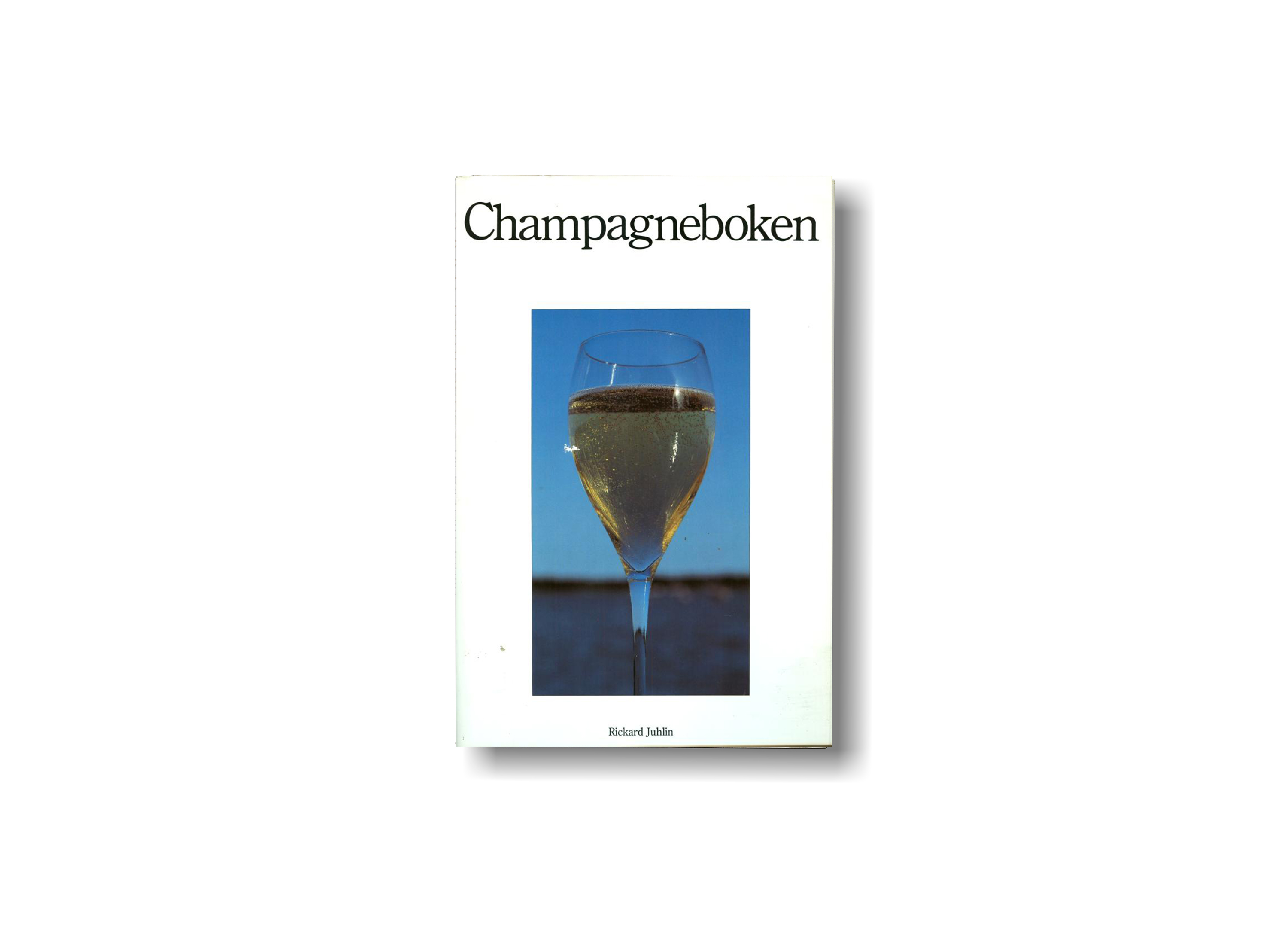 The written debute by Richard Juhlin. The very first book on Champagne in Sweden written by the worlds no1 expert on Champagne. 1,225 champagnes reviwed.

In a unique 14-episode online course, you will learn about the different types of Champagne, evaluating Champagne as a professional, hosting your own Champagne tasting and much more.

You will also get access to a complete 297-page guide where Richard compiles his knowledge and insights from over 30 years in the Champagne industry. Dive deep into his favorite Champagnes, the best Champagne houses, the history of Champagne and various other interesting facts. The ultimate guide for every Champagne lover!

Would you like to gild your existence with some help from Richard?

Richard is available for wine tasting, lectures, dinners, tours, consulting, journalistic assignments, media events, interviews and more. The possibilities are nearly endless! If you are interested or would like to discuss the possibility of engaging Richard’s services, please send your request to contact@champagneclub.com.

If you are interested in Richard’s amazing books or the beautiful series of glassware under the ‘Juhlin’ label (created by Richard and made by & Reijmyre) please contact us via
info@champagneclub.com.

Samples and info can be sent to: