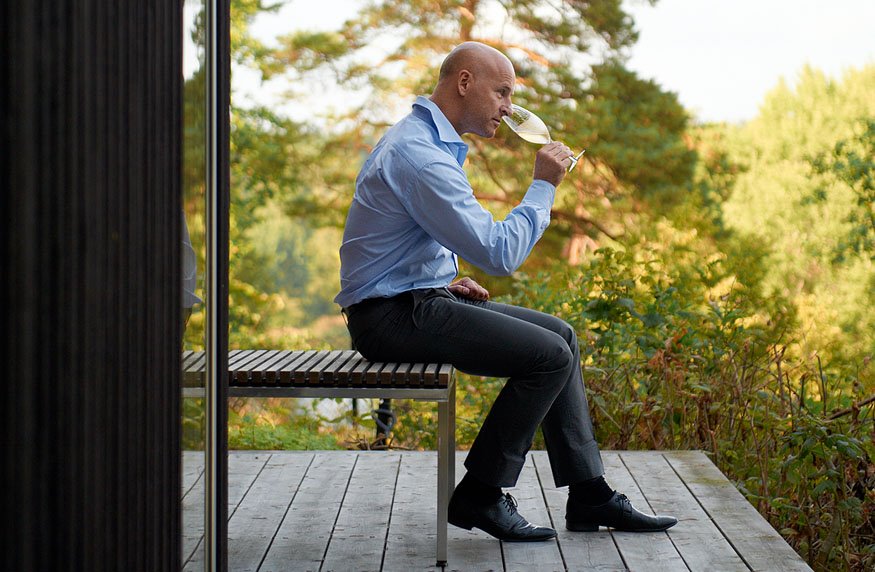 Every Friday TheChampagneSommelier will ask 5 questions about 5 coeur de bouteilles to friends and Champagne lovers from near and far. This premier week Björnstierne started out with our own Richard Juhlin during a bout trip to the island of Gotland.

Which Champagne would You treat your parents?

TASTING NOTE by Richard Juhlin; ’I have always been very fond of Bollinger ‘R.D.’ a in any form. For several years the best champagne I ever drank. The critics agree, this is a great vintage for Bollinger. Some bottles under the Année Rare label have been too young and underdeveloped. The wine is best appreciated two, three years after the disgorging, as its classic hazelnut notes and rich taste of truffles, cheese and chocolate appear more clearly in the relatively hard and acidic wine. The aftertaste is majestic with layers of nut and leather aromas. The last bottle that was disgorged in ’97 was deliciously aromatic with a lot of almond dominance, but the mousse had diminished worryingly.’ | 96[96]p

1979 Taittinger ’Comtes de Champagne’, the most seductive champagne in the world.

TASTING NOTE by Richard Juhlin ’Unmistakable style, with refreshing, creamy, citrus and butter-toffee notes. Extremely easy to drink and terrifically enjoyable. A wonderful perfume of white flowers and crystal-clear nut taste. Sensational improvement in quality at the end of the previous century. Michel Dovaz’s favorite at the Millennium Tasting. Getting more and more similar to the great 76.’ | 98[98]p

I am my own boss, so I will travel to the Himalayas and sit by the foot of Mount Everest and take big gulps of my 1955 Veuve Clicquot ’Vinothèque’ by the magnum.

TASTING NOTE by Richard Juhlin ’Only in magnum. Champagne that belongs in the world of the divine when it comes straight from the house. The nose is heavenly, with so many tiny nuances that I could fill an entire page. Strongest is a cold freshness with aromas of newly roasted coffee beans. The best Clicquot of all time! Many tired bottles are however in circulation. Magically young and elegant. A perfect wine.’ | 99[99]p

Today this beautiful crisp Scandinavian day with 22 degrees outside I am longing for a 1988 Krug ’Clos du Mesnil’.

TASTING NOTE by Richard Juhlin ’A miracle of finesse. Pure as a mountain creek when it is the most subtle. Despite the fact that only one point is missing for absolute maturity, I want to warn you all that the wine is still very young and shy. That I personally enjoy hearing angels sing is due to the spring-like beauty of the finely tuned subtle jewelry. Are the birches most beautiful when they have ‘mouse ears’ or when they have bloomed completely? | 99[99]p

1928 Pol Roger ’Blanc de Blancs Grauves Vinothèque’ with Cristiano Ronaldo. Not because I think he would understand the greatness from the start, but because he will look at me crying and speak so passionately about it that he will understand my dedication in the same way as he treats his football.

TASTING NOTE by Richard Juhlin ’Disgorged in July 1998 [tasted in march’03]. Ridiculously young! I’d heard that this wine was supposed to be exceptionally lively and pale, but I would never have been close in my guesses if it hadn’t been served in the last round at Villa Pauli in 1999, where there were only oldies. The nose was fabulously, beautifully braided, with notes of lime, linden, and lily of the valley. The taste was super-fresh, with a wonderful oily fruitiness that lasted for several minutes. My second bottle of this “out of this world” wine had the same date of disgorging, so it was with a certain hesitation that I dared wait five years before releasing the cork. The wine was enjoyed at one of the most magical dinners in the history of Swedish gastronomy, at the Pontus in the Green House restaurant in Stockholm, March 2003. That evening we drank a 1986 Selosse, three legendary vintages of Bollinger, two phenomenal Dom Pérignon Rosés, a ’61 Comtes de Champagne, Ramonet, Lafite, Romanée-Conti, Richebourg, Romanée-Saint-Vivant and a 1947 Cheval Blanc. The ’28 swept the floor! The nose was so intense that I was moved to tears. Its already phenomenal bouquet of aromas had expanded further, with exotic notes of coconut, papaya, and mint chocolate. Somehow, this wine—on the very day we opened it—stood at the apex of its life it succeeded in uniting the ’79 Krug Clos du Mesnil’s acidic elegance with a ’76 Comtes de Champagne’s exoticism and a ’38 Krug’s mint notes. I must admit that—spoiled and pampered as I am—I didn’t think that a wine could affect me so deeply as this wine did that evening. I am in love!’ | 100[100]p 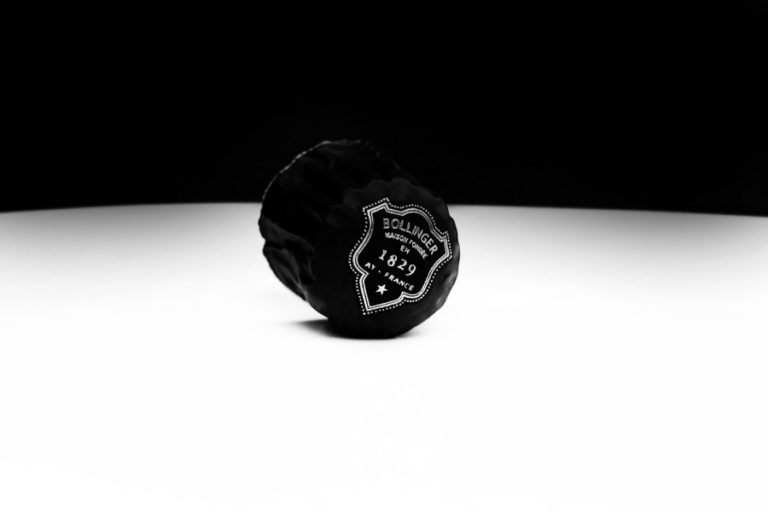 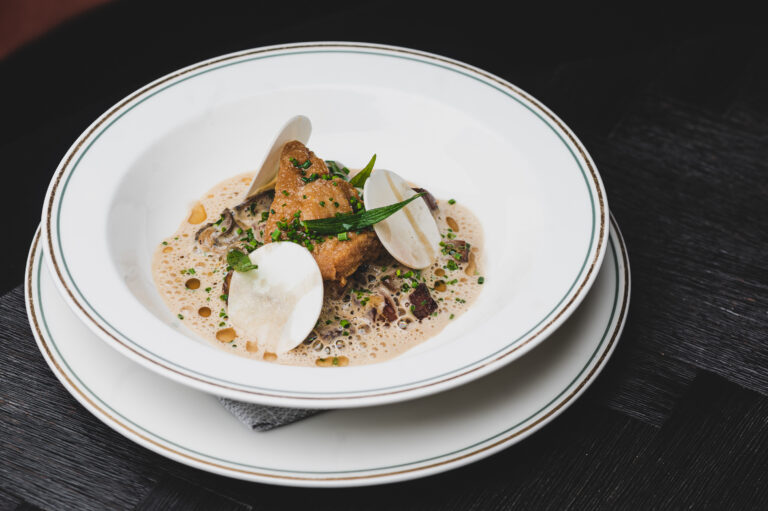 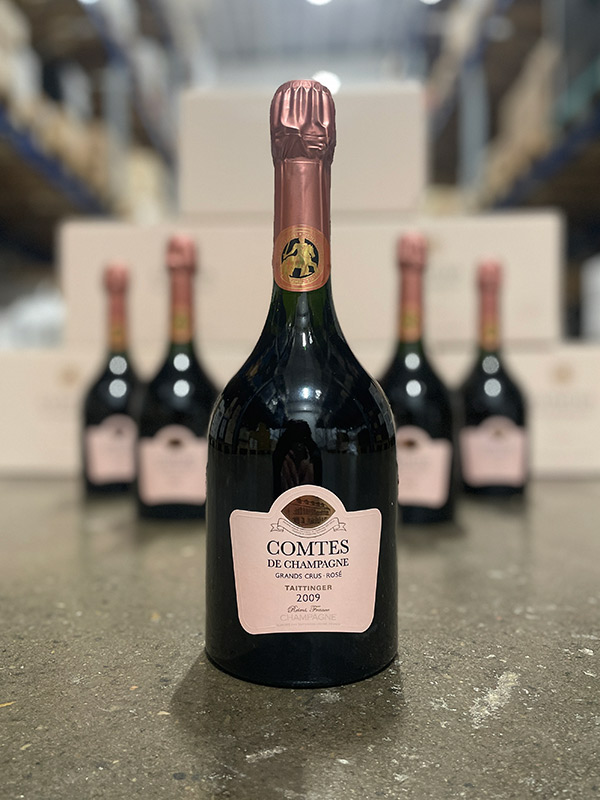 Rosé champagne is a rare luxury. This 2009 Taittinger Comtes de Champagne Rosé is the best ever. Here, quality and price do not match at…