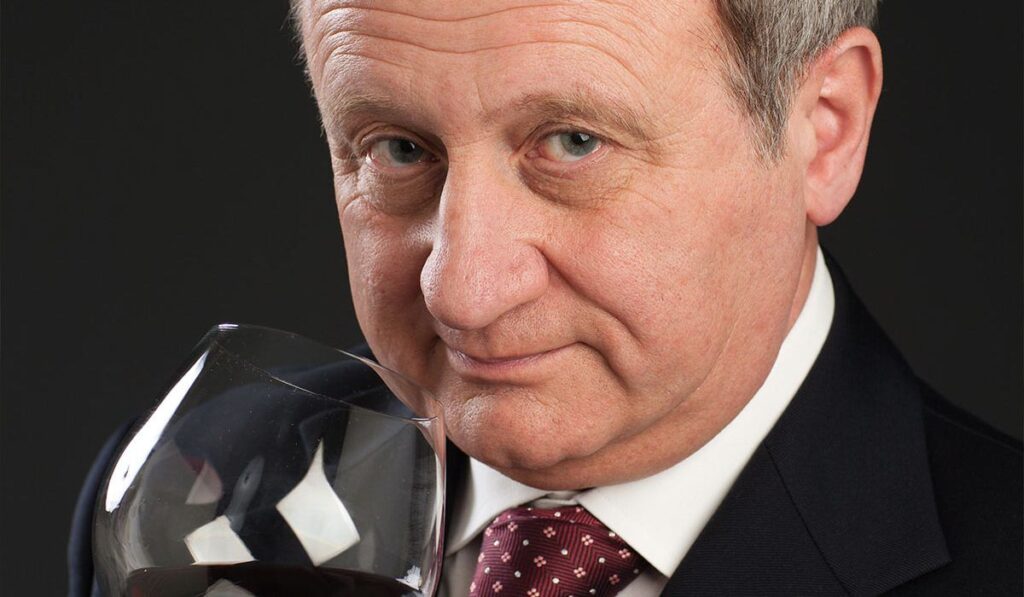 Every Friday TheChampagneSommelier will ask 5 questions about 5 coeur de bouteilles to friends and Champagne lovers from near and far. This Week we took a bubbly chat with Italian Champagne lover & sommelier extraordinaire Giuseppe Vaccarini. Merci Giuseppe !

Born in Miradolo Terme (Italy), near Pavia, the ancient capital of the Longobards, in 1952, Giuseppe Vaccarini in 1972 he was already a professional sommelier and in 1978 he won the title of Best Sommelier of the World A.S.I. in Estoril (Portugal). From 1983 to 2006, Giuseppe Vaccarini has been Member and then President of the Technical Committee of the international competitions (Europe and World), and Director of the Technical Committee of Starwine Oenological Competition in Philadelphia and in New York, from 2005 to 2007.

In his prestigious professional adventure in several countries of the world he has covered the role of Sommelier at the Bas-Bréau in Barbizon (F), at the Runnymede Hotel in Egham (UK) and at the restaurant Opera in Son Bou, Menorca (E). He has been restaurant director of Gualtiero Marchesi (1978-1983), restaurant and hotel manager at the Locanda dell’Amorosa in Sinalunga (Siena), manager at the Poste Vecie and Regina Cornaro in Venice (1986-1987), Chef Sommelier at the Osteria Binari in Milan (1988-1989), director of the Russian restaurant Yar in Milan (1990-1992), Responsible of the lunches and dinners of the G7 in 1986 in Venice, and of the G8 in Genova in 2001.

Giuseppe Vaccarini has incorporated his passion for wine and beverages not only into the restauration but also in various activities over the years: Professor of Sommellerie and Hotel & Restaurant Technologies at the C. Porta Catering School in Milan from 1987 to 2010, he created a Master in Sommellerie at the Università del Sacro Cuore of Piacenza (2005-2007) and the Sommellerie school at Alma, the international Academy for cooks in Colorno (Parma). Honorary Degree in “Wine and Food Sciences” conferred by the University of Lugano in 2002, President of AIS (Associazione Italiana Sommeliers) from 1999 to 2002, President of ASI (Association de la Sommellerie Internationale, www.asi.info), from 1996 to 2004 and then Director for three years, then ASI Director of Exam Committee since 2012, Honorary Member of numerous sommeliers associations, he has founded the ASPI, Associazione Sommellerie Professionale Italiana, of which he is the President www.aspi.it

‘For my family and relatives I would choose a classic Champagne Maison, but I would choose a special vintage Cuvée, the moments of sharing with them are often during the holidays, and it is always nice to open an icon of this famous region, but having several wine experts in the family, it is right to have a special treatment with a special vintage. I would choose something between ‘Sir Winston Churchill’ 2002 from Pol Roger or ‘R.D.‘ from Bollinger from the same vintage. Basically Christmas in a glass!’

‘For my partner, I would definitely choose a Champagne that is elegant and refined, yet pleasant to drink and can accompany a fine romantic dinner. I would however stay with a Maison and choose Taittinger ‘Comtes de Champagne’ 2008, in my opinion an extraordinary vintage especially for this blanc de blancs.’

‘For my boss I would definitely go for a small vigneron, preferably one that is not known to him. I would choose the best wine he produces just to impress him, and then remember you always have to be one step ahead of your boss! In this case, the choice would fall on Georges Laval’s ‘Les Hautes Chèvres’ 2016, a blanc de noirs from Pinot Meunier grapes, of which just under 2,000 bottles are only produced in the great vintages.’

‘What I would choose for myself, would be something I don’t get the chance to drink and will rarely get the chance to drink again in my life. Something truly unique and special, I’m talking about L’Exclusive, this cuvee was crafted by Ruinart to celebrate the third millennium. Only 14,000 magnums were produced from 6 different Grand Cru. The idea of the Maison was to create the best expression of Chardonnay. The magnum was dressed in silver and came in a special wooden case. I drank this Champagne only once for a special occasion and I have carried its memory with me ever since.’

Which Champagne would You treat a dream guest, and why, and who’s is Your dream guest?

‘For a dream client, I would opt for a small vigneron, I would like to introduce the client to a producer and a Champagne he has not yet tried. My choice here would fall on Les Frères Mignon, the Mignon family has always been involved in the world of Champagne, but mostly to cultivate beautiful plots, it was then the two very young brothers Florent and Julien who started making wine in 2016. They are located in the Côte de Blanc and obviously the home land of Chardonnay, so I would choose their ´L’Aventure V18´, a Blanc de blancs obtained with grapes from the Grand Crus of Avize and Cramant, as well as the ‘Premier Cru Cuis’ by Pierre Gimonnet: in addition to the fact that the production is limited to a few thousand bottles, the 50 year old vines give to these Champagne a wonderful expression of the terroir. What can I say a real gem of this incredible region!

In my opinion, a dream client is someone who is curious, passionate about wine, and who is carried away by my knowledge and passion for wine every time.’

What piece of music would you listen to drinking wine in question 5 ? ]

‘The Four Seasons by Vivaldi (Spring and Summer)’ 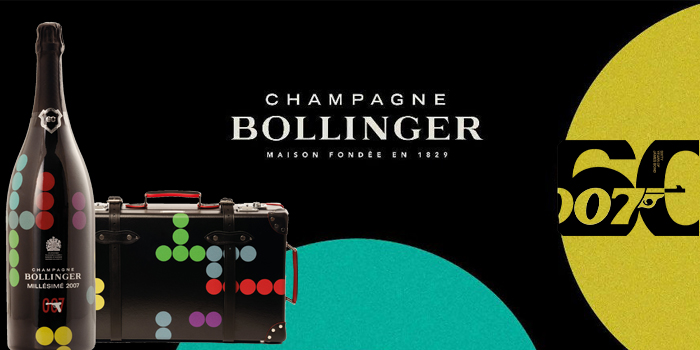 2022 marks the 60th anniversary of the James Bond films. For the special celebration Champagne Bollinger has selected the bold and vibrant 2007 vintage, which… 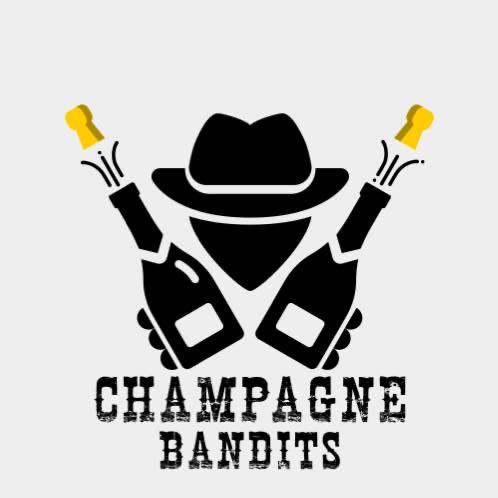 Every Saturday TheChampagneSommelier will ask 5 questions about 5 coeur de bouteilles to friends and Champagne lovers from near and far. This week we took a bubbly 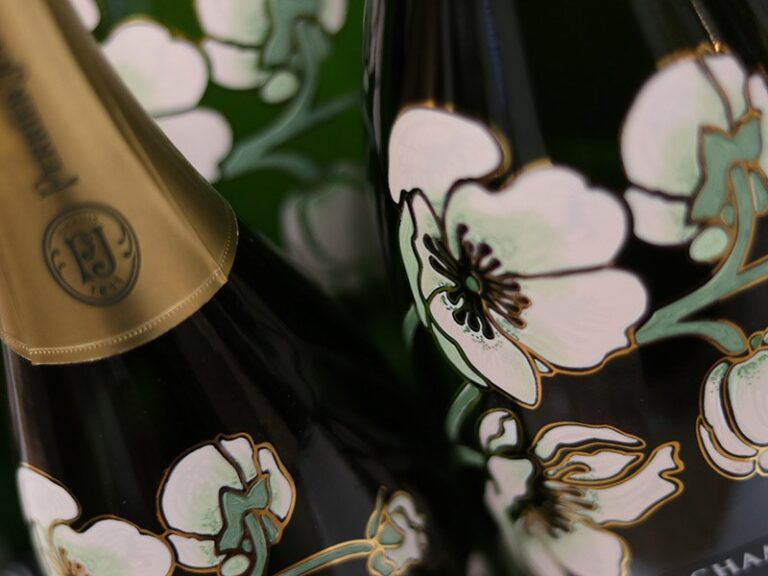 Perhaps this producer is not exactly one of the top of your Champagne thinking, but the characteristic floral bottle is something that no one forgets…